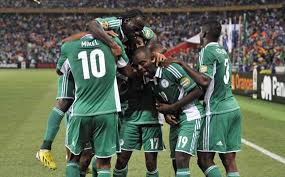 Once again, the tension that comes with watching international football competitions claimed another casualty last Sunday, when the Super Eagles of Nigeria, played the Stallions of Burkina Faso. The victim this time is Mr Felix Bassey, 65, a retired banker. He died while watching the finals of the game in which Nigeria defeated Burkina Faso 1-0.

A 40-year-old soccer fan, Moshood Ismail Owolabi, had collapsed and died while watching the Super Eagles quarter finals match against the Elephants of Cote d’Ivoire in Abeokuta, the Ogun State capital, about a week ago.

According to the News Agency of Nigeria (NAN) Bassey was believed to have died of a heart-related ailment while watching the match at his residence in Akute area of Lagos. Owolabi was also believed to have died from cardiac arrest, when a Nigerian player failed to score a well-aimed shot at the Ivoriens.

Sources at The Eko Hospital, Ikeja, where Bassey died affirmed the cause of death.

Bassey was said to have suddenly slumped during the match and his family members rushed him to the hospital, where he was pronounced dead by doctors.
The source, who pleaded anonymity, told NAN that a member of the family confirmed that late Bassey had been hypertensive, prior to his death.

“The wife, one of the matrons in the hospital, happened to be on night duty when Bassey was rushed to the hospital,’’ the source said.
It was gathered that the remains of late Bassey have since been deposited at the hospital morgue.

» BUSINESS THAT CAN NEVER FAIL YOU...CURSE IF IT DOES

» Cyclos365 Creditor - Tool That Can EXPLODE Your Bank Account Overnight